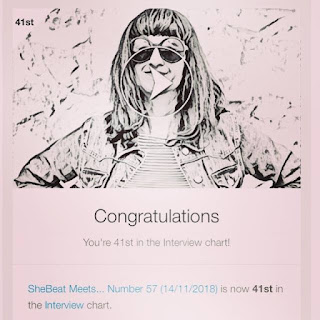 Very exciting times this week on SheBeat Meets..., my new music singer-songwriter podcast for Brum Radio, with my weekly episode going from the 41st position in the Mixcloud #Interview chart to 26th place overnight and going strong! 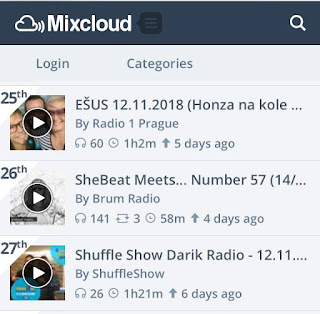 Have a listen here: https://www.mixcloud.com/BrumRadio/shebeat-meets-number-57-141118/
The power of sharing on social media is a big part of this success, thanks millions to my guests Number 57!

What would fluff make of it?! Not arff ;)

Posted by jodester at 3:08 pm No comments:

All I want for Christmas... 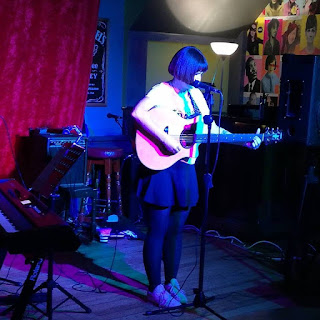 ...is more music!
Gigs, recording, jams - you get the idea ;)
Whether you need an act for your event line-up, some female vocals on your recording project or just want to get together and jam it out - get in touch!
Music brings me such joy
& that's all a girl can ask for at Christmas time...
See me play next at the JamHouse Acoustic Sessions Nov 27 in Birmingham's Jewellery Quarter
Posted by jodester at 12:30 pm No comments: 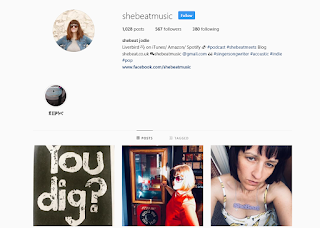 I try and keep my social feeds up to date but with the lovely filters on Insta, you'll find more pictorial updates over there, if you want to see what I'm up to in my little Beat World!

Find me @shebeatmusic on most the channels and if you're feeling super generous with your clicks, hit me up with a follow on Spotify! 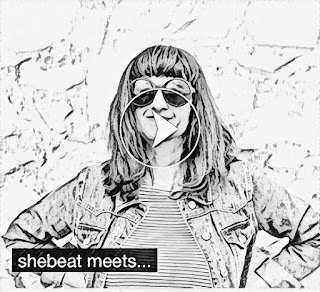 More from my singer songwriter podcast this week... Every Thread talked about music making, a shared fondness for early Kylie and much more!

If you love discovering new music, shebeat meets is right up your street! I am so grateful to my guests who make the effort to come along and have a chat and perform their original songs - it's truly a delight to meet them all and I'm proud to give them a platform to share their musical wares...

If you are/ or know of a band or artist who could be a great guest - send me a note!

Posted by jodester at 5:53 pm No comments:

Get some SheBeat sounds live in the Black Country July 19
Warming up Jonny Cole & his Flat Pint of Mild,
catch me if you can at legendary venue The Robin 2
- you'll be supporting live/ local venues
#yeswecan 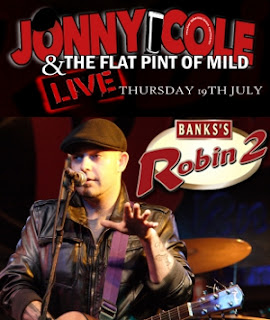 Buy a ticket here http://www.therobin.co.uk/whats_on/giginfo.asp?gigid=5314
Posted by jodester at 3:23 pm No comments:

Thanks to Beat friend Keiran and his super viddy skills, you can hear SheBeat Meets in a new space!

Do lend me your ears for the Best of my new music singer-songwriter podcast, and stay tuned for season 3!

& If you're an emerging singer-songwriter who would like to be a guest on the show, just get in touch...
Posted by jodester at 12:47 pm No comments: 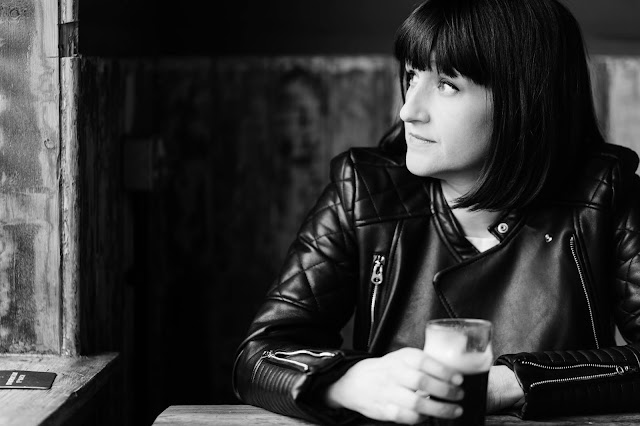 Short bio:
SheBeat is a singer songwriter with perfect portions of hum-along, toe-tapping acoustic indie folk. Since 2013, three self published EPs have been well-received by fans and are available on most digital platforms, including Spotify, for streaming. This indie artist loves performing live to audiences of all sizes, with plenty of intimate gigs and festival stages under her belt.

SheBeat picked up her guitar and launched onto the live music scene in Liverpool August 2012. Singing original songs from the start, filling the inbetween bits with stories and smiles, SheBeat isn't quite like anyone else. After a year on the open mic scene learning her stage craft, SheBeat soon graduated to billed gigs and local festivals. A self-titled debut EP, was recorded in a home studio by Darren Jones, with Beach Boys style keys and backing vocals from We Are Catchers' Peter Jackson. Next chance to record was with Motor Museum's James Mellor. Going for a more intimate, stripped back sound with no frills. Both are available for streaming and downloads on SheBeat Records published via Ditto Music. SheBeat is a part of the Sofar Sounds UK family, launching Sofar Truro in 2017, performing for Sofar Liverpool and currently friendly with Sofar Birmingham when they need social media support. 2017 launched SheBeat Meets - a live podcast featuring chat and live performance from local singer songwriters, picked up by Brum Radio. A 2018 highlight was securing a spot at Liverpool Soundcity. The biggest festival date yet for the singer songwriter. 2019 a repeat LSC performance was a huge success, plus spots at the conference arm Soundcity+ gave her an industry audience. And a third EP _ Catch Your Breath_ was released in November 2019. Plans for the future involve more video and streaming content, reaching new audiences through live performance around the UK.

"Sassy from the off - we're big fans" BBC Introducing
"Gentle set of clever, funny tunes singing about Marilyn Monroe and LSD. Lovely." Getintothis (Liverpool Soundcity 2019)
"This is good, and I like it" Alan McGee
"Great songs"​ Billy Butler, BBC Radio Merseyside
"SheBeat has authentic charm which makes her music stand out about the flood of acoustic singer songwriters out there today." My Random Jukebox 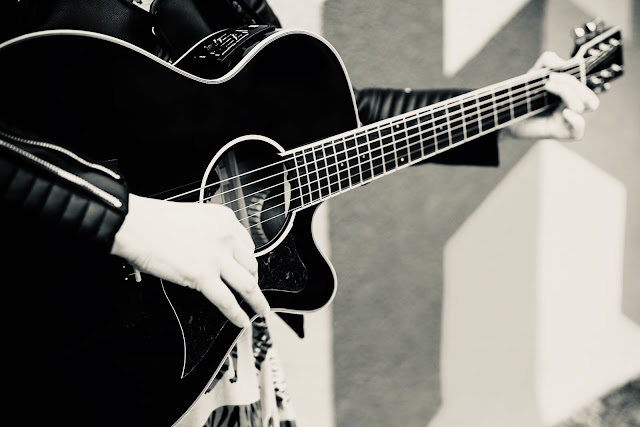 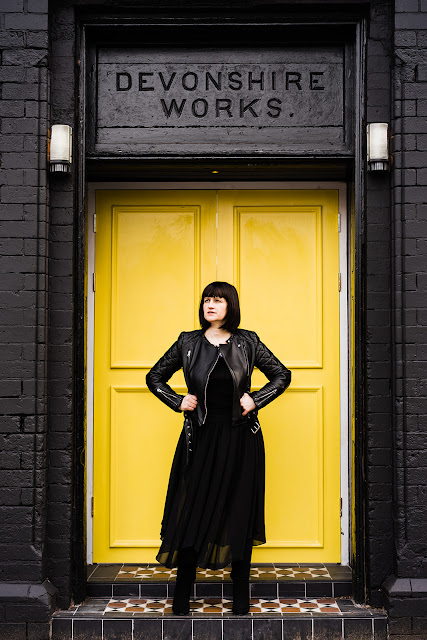 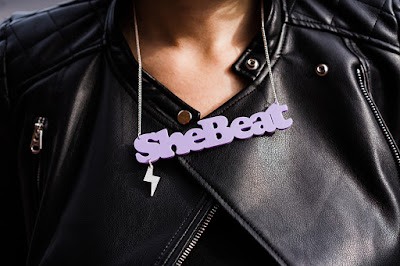 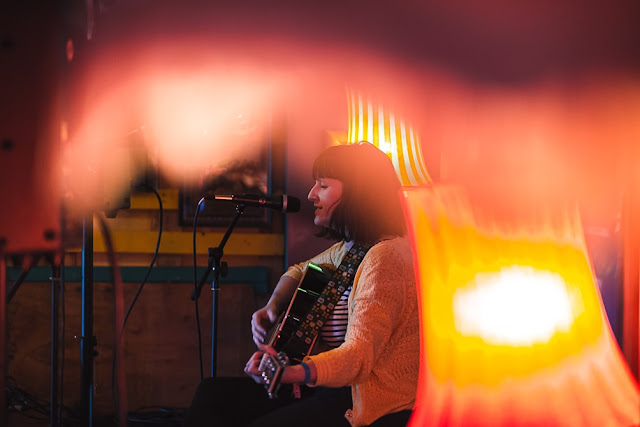 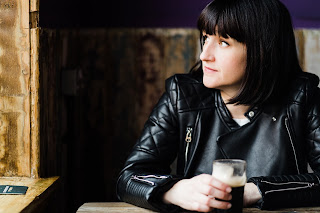 Posted by jodester at 1:16 pm No comments:

I'm super proud to be performing in my hometown at the most excellent festival Liverpool Soundcity this May... I'm a long time fan and punter of this festi, which with 10 years under its belt, went from free city centre multi-venue event to standalone Docks site supernova headliner big bash!
Back to its roots for 2018, this year's fest is in the much celebrated and regenerated Baltic Triangle and I'm performing in the afternoon on the opening day Saturday May 5th
(which means you'll defo see me pogoing to the DMAs later on!)
You will not regret popping along, such fantastic music and great fun peoples (I've made mates for lyf at this do) and I'll be enjoying a Homecoming Queen drink or three, so do join me! 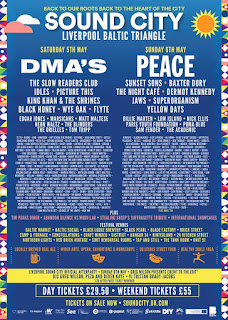 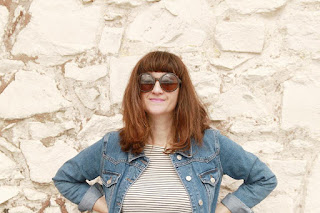 I want to know who is following my SheBeat adventures!
If you'd like to step out from the social media shadows and be in my Facebook Group SheBeat Loves You you are very welcome :)
If you'd like to find me in your email inbox, drop me a line at shebeatmusic@gmail.com, but if you ask for my bank account details you'll be disappointed, as I often am when I look in there ;)
Say hello!
While being SheBeat is a good amount of fun, being a solo artist can sometimes be lonesome and it would be grand to hear from folks about potential gigs and festivals thatyou think I could apply for, about songs you think I might look at building in to my small but stylish covers collection, any collaborations I should try and create and anything else on music making matters you want to share with me...
Looking forward to hearing from you!
As a treat - listen to this old classic Beat tune on my soundcloud page where you can follow me, and don't forget about my new music podcast SheBeat Meets of which Season 2 is currently live every Wednesday on Brum Radio, with Listen Again links every week

Posted by jodester at 5:13 pm No comments:

Join SheBeat & Friends Tuesday MARCH 13th
for live music and lovely times
(- after we were snowed off on the 27th!) 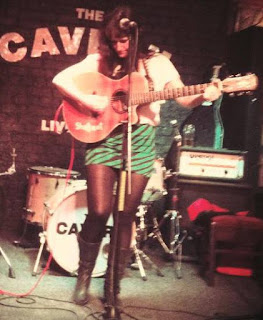 Join me and some musical pals for a Tuesday evening of live music - free entry but all donations gratefully accepted
(someone has to pay for new strings & tings!)
Upstairs at The Welly on Bennett's Hill - just up from New St Station if you're travelling into Birmingham - Tuesday March 13th from 7pm enjoy some acoustic delights from myself, Hannah Brown,  Tehillah Henry and more tbc
If you love new music, come and support some fab local artists and make some like-minded friends while you're at it...
See you there?
Posted by jodester at 1:35 pm No comments: 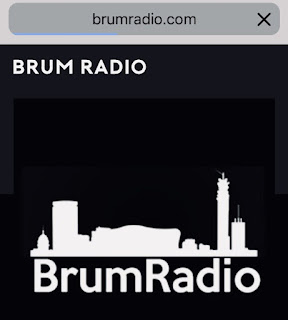 Actual biggie for real, cos not only do I love meeting songwriters and making radio - live radio is the most fun because anything could happen!

Turn on, tune in (online at https://www.brumradio.com/shows/shebeat-meets/ innit) and hear me chat with singer songwriters from Birmingham and beyond, every Wednesday night as I embark on Season 2 of my little music show... We should have a listen again feature up too - will share the links next time...

I'm hoping to get guests in from all my musical adventures & it will be a chance, for me and you both, to find our new favourite songwriters!

If you'd like to feature on the show drop me a note here or on Twitter/ Facebook... I'll be out & about recruiting at open mics too, so say hi if you see me...

Catch up on Season 1 here https://soundcloud.com/shebeatmeets

And stay tuned for details of a live SheBeat Meets Social gig coming at the end of February, featuring guests from the show at a venue TBC #watchthisspace

Posted by jodester at 9:30 am No comments: