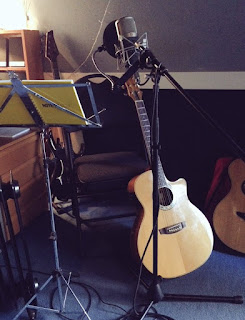 What's new with you?

I had me some studio time!!! Had much fun with James at Motor Museum a couple of weeks ago to record my second EP which I'm releasing in September*.

I have posted a sampler for you on Soundcloud of track Hairy Boy Blues, which you can listen to #now !!! Other tracks recorded were Yours Sincerely, Feels Like, Until Now & Rainproof. By the end of the sessions my fingers were well and truly spent & I was quite exhausted! I gave you my all ^_^

I am playing Threshold Festival this weekend (Apr2) which finds me also hosting an intimate stage at The Gallery on Stanhope St. Our acoustic afternoon will feature lovely-on-the-ear efforts from local singer-songwriters including, new kid on the block, Sam Cooke. Music 4-6ish. Don't miss out! Here's an interview preview of the festival I did for The Guide Liverpool.

You can also catch up on my latest BayTV Arts Alive: Acoustic session on youtube, I'm the second act in the programme and you'll exclusively hear my new track Yours Sincerely in the set...

Stay tuned for word of my EP party in June and I'll be posting more gig dates in Liverpool and further afield as they come in, I must say 2016 has been brilliant so far, thanks so much for all your support! 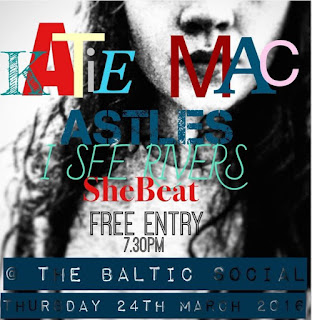 Booking dates for gigs thick and fast at the moment...
Catch me if you can!

If you know of a folk club/ festival/ event SheBeat would love/ be loved, do get in touch...

Posted by jodester at 9:14 am No comments: