Heard the new stuff yet? 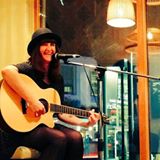 Really enjoyed playing some of the tracks live at Vanilla in Truro and then again at Beerdfest in Liverpool to celebrate the release in the big bad world... There are still a few limited edition homemade 5 track CDs to grab which includes an inclusive track Until Now!  But if you're more of a digital music lover - we're over on Spotify for streaming, there's the download at iTunes and Amazon etc and there's a free download of track Hairy Boy Blues on Soundcloud.com/shebeat, this track features on the CD but isn't on the download or streaming... with me so far? ;) 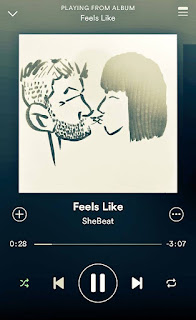 More exciting news is that tonight BBC Introducing Cornwall will feature the title track Feels Like on their show - so thrilled to be played on the radio and thank goodness for the BBC Introducing show cos its nearly impossible to get on the radio otherwise if you're an unsigned nobody like me! 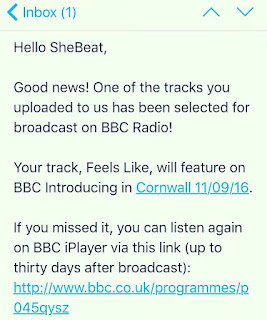 Will be out and about playing to new folks in Cornwall and further afield before Christmas, will post news of gigs as they come in... thanks again for your ongoing love and support... I love ya!